Brain Fog is a Bitch.

And it’s scarier than it sounds.

Until I started talking about it, I had no idea just how many people lived with some degree of brain-fog…

Last April I got sick. Really sick. I was in Sydney teaching workshops. I couldn’t sleep. I was beyond activated. It was as though my brain had been switched “off” – and activared my stress response. Teaching was super challenging. When I got home I collapsed and could barely function. I was out for weeks. And what began was a very expensive journey, shrouded in chronic brain fog and fatigue…

Eventually I surrendered to the it (not without resistance).
15 months later (last month) I was telling a friend the story:

It had been an epic year – my business was flourishing beyond my imaginings, I expanded my studio and created a gorgeous new bedroom sanctuary, wrote and built my sexy new website. I did it all in a new way – buoyed by the resiliency that consistently showing up for myself had cultivated.

So when I went down – it was a shock!
It wasn’t like the previous breakdown.
The warning signs just weren’t there.
I was baffled. Gutted.

As time went by my skin broke out (for months!) so I began to suspect my renovated bedroom had contributed. I recalled how the timber floor smelled toxic in the build and the early days. But I felt powerless to change it. By that stage I figured the worst of it was over. I became acutely sensitive to light, screens, wifi and any stimulation. Cognitively I was acutely impaired. My nervous system was hyper-vigilant. My psoas was not happy. Tired, oh so tired. Writing or comprehending a simple list or task was like rocket science. It was like I’d had a lobotomy.

So work came to a halt.

I had more conversations about brain fog than I care to remember.
Opinions and theories varied.
A year in and I was getting scared.
What was up with my brain? Was this permanent?
I grieved. I prayed. I rested…

All kinds of tests were done. I cleaned up my diet. No medical answers came. But I made some awesome discoveries and changes of my own and felt things improve a little. Daily rest and consistent sleep are non-negotiable – so I was spending a lot of time in my new bedroom.

Because I had a few serious head trauma’s as a child – and my recent symptoms felt very familiar to my post-concussion experience – I saw a neurologist and Brain Trauma specialist.

And just when I was accepting that this was my new life (functioning at about half capacity) – I told this story to a friend.

And I had a breakthrough.

My friend honed in on the part about the stinky floor (treated plywood – which I’d coated in a natural sealant), the skin, the way I knew it was a factor but blew it off as if the worst had passed. You could still smell it (in the storage on the floor under my bed) – but surely that wasn’t the cause of my brain-fog… Right?

But he said he was adversely affected by VOCs (Volatile Organic Compounds) off-gassing in toxic building supplies. He insisted on helping me move out of my bedroom right there and then. I slept in my lounge room for many weeks as I looked at my options. I sourced a special product from the US to coat the floor and seal in VOCs. (The only other option was to replace the floor.) Within 2-3 weeks of moving outa there I felt like myself again. It was such a joy! A few weeks later I coated the floor and I’m back in my sanctuary – sans brain-fog!

Even though I’d originally coated the floor in a natural/low VOC product – it had leached through and was gassing into my bedroom as I slept, rested, meditated, read in there for up to 14 hours a day… Several months of living in that and BOOM!

Oh. My. God.
This toxic time-bomb went off whilst I took care of myself!
Paradox strikes again.

Wikipedia says: “Volatile organic compounds (VOCs) are numerous, varied, and ubiquitous. Harmful VOCs have compounding long-term health effects. Because the concentrations are usually low and the symptoms slow to develop, research into VOCs and their effects is difficult.”

I hope that more research is done and that the word gets out!
I gotta say – it’s been a double-edged breakthrough. Relief and grief.

I spoke to my builder and he was mortified. He said he will never use the product again. Bravo.

I feel so grateful for this resolution. For my friend Tom.
And for all that I learned throughout my journey.
For my body’s incredible capacity to endure and heal.
My psoas and nervous system have returned to equilibrium.

And of course what I discovered is already informing and enriching my work with people.

So there you have it.

Next time I will share about some rather awesome discoveries I have made and embraced.
How to detox your life from the things that are possibly making you sick, interrupting your healing, your sleep, your life…

I love that you are here.

Until next time, with unwavering love… 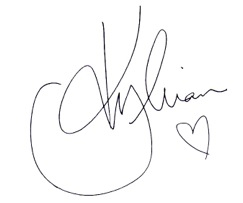 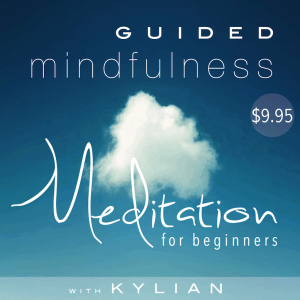 CALM your busy mind and SOOTHE your restless heart. Move out of a stress-response – into a sweet, spacious calm, by cultivating moment-to-moment awareness...

"I love Kylian's recording of 'constructive rest' and I use it often. It has inspired me in my own teaching. Her words are so obviously coming from an embodied place. It creates a feeling of such acceptance, safety and self-love. A gift.”
Kimberley Roberts, Your Peace Within

"Divine. Kylian offers such wisdom. Making time for this practice has transformed my health and my life."
- Tracey Peterson, Executive Assistant